Sometimes traditions, views and practices should be guarded with a near sacredness. Other times, they should be questioned and challenged.

There are many things in the fire service that deserve our effort to preserve. But sometimes, when there is a crossroads where there is a new practice adopted, or policy implementation, there is the inevitable grumble. Sometimes there is even controversy. What am I speaking of? Cannabidiol use in the fire service. Why is it that there is such a negative light on it, when most places have legalized it, and reality is, a lot of firefighters rely on it for pain management.

One day, I checked in with a fire crew that I recently taught the First Responder Sleep Recovery Program to. As I entered their firehouse, I smelled a familiar aroma of firehouse coffee brewing, boisterous laughter and smiling faces that greeted me with a welcome to sit down at the kitchen table. Pleasantries were skimmed over and I was instantly in the hot seat as the engineer loudly asked, “So what’s your honest opinion about CBD? Not what you’re supposed to say, but what do you really think?”- and before I had a moment to think -or respond, he continued, with physical display. As the crew was sitting, he stood up in a Shakespearean moment, all eyes on him, whipped out a tincture bottle labeled with three bold letters “C-B-D.” He squeezed the dropper to fill it up, stuck his tongue out and gave himself an ample serving of the hemp oil in front of his crew, all with poker face. After swallowing he announced, “I’ll tell you what I think…,” he held up the bottle, “…this stuff saved me from my surgery without having to take painkillers. I take it every day and if my department has a problem with my use of it, or if I get popped for a drug test I will defend it in the chief’s office because the product I purchase ensures that it is pure, THC free. At the end of the day, I feel better using it, my pain has gone away, and it saved me from a prescription painkiller addiction.”

The eyes shifted from the engineer to me, everyone looking cool as a cucumber but really holding their breath in silence waiting on my answer. This recently became a legalized plant medicine in Colorado and at the time, a grey area within department policy. I responded: “Great! I’m so glad you have found a safe alternative to painkillers.” Some firefighters let out a sigh, some curiously asked further about it, and others were hesitant to “buy in ” because they felt it too risky.

I couldn’t help but to think about how in some departments, the margin for error in a THC drug test is higher than the allowed minimum trace levels of THC- which is a problem in itself.  While I certainly understand the grey area concern, we should question the alternative: benzos, narcotics and non-steroidal anti-inflammatory drugs (NSAIDs) which are all far more dangerous, addictive and have serious long term adverse side effects to overall health. Yet, NSAIDs are popped like candy at most firehouses. My husband Sean was the “house mom” at his old fire station and when he would do large purchases at Costco to stock up on firehouse items, a jumbo sized ibuprofen bottle was always top of the shopping list. How often do you see fellow firefighters, or perhaps yourself, take ibuprofen?  And how often is a firefighter injured and prescribed highly addictive painkillers, or is a known alcoholic or takes some other form of relief…and it goes unquestioned? Yet at the same time, when CBD comes into conversation, and I’ve seen it, there is a blatant rejection due to an unfortunate stigma attached. Firefighters often ask me about CBD, and most often it’s not in class in front of their training officers or chiefs, it’s in a private, confidential side conversation.

The fact is, prescribed painkillers aside, the commonplace abuse of NSAIDs has serious health consequences. The publication, Canadian Family Physician, reports that gastrointestinal, renal, liver dysfunction, and hematological adverse effects are all associated with the use of non-steroidal anti-inflammatory drugs (NSAIDs). A medical report, published in the US National Library of Medicine, National Institutes of Health states that NSAIDs cause lower gastrointestinal complications, “including ulceration, bleeding, obstruction or perforation.” 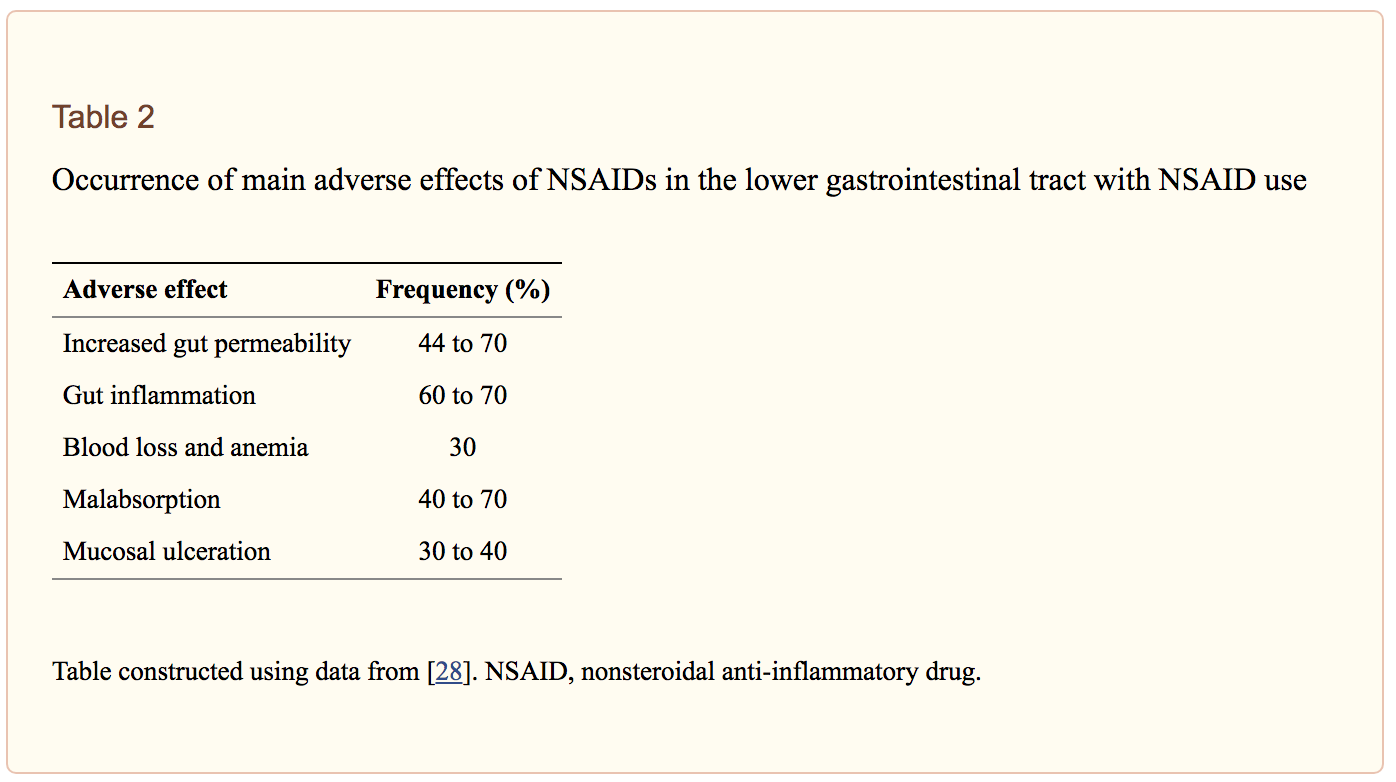 This is where CBD comes into play: it is a natural pain relieving substance, with an anti-inflammatory effect . The risk for adverse effects, per the current research is significantly lower and there is no indication for dependence. CBD is the perfect alternative to NSAID abuse. The World Health Organization determined that, “In humans, CBD exhibits no effects indicative of any abuse or dependence potential…. To date, there is no evidence of public health related problems associated with the use of pure CBD.”

First, let’s distinguish that Cannabidiol (CBD)  is not the high-inducing substance most people think of when discussing anything marijuana related. CBD is derived from marijuana’s plant-cousin: hemp. CBD is a non-psychoactive Phyto cannabinoid, and is the second most active ingredient of cannabis . It is different from using marijuana which has tetrahydrocannabinol (THC), the compound that causes a change in mentation, a.k.a getting high.  In consuming pure CBD, there are no mental side effects, and at most it yields a feeling or sensation of wellness or calm. Prescription painkillers are essentially a legal form of heroine. Yet, CBD, which does not result in any form of altered consciousness is being shunned for being associated with marijuana. The fact is, it’s a completely different drug, with a completely different, benign effect. The stigma needs to be released. The Harvard Medical School article Know the Facts About CBD clarifies that, “Modern marijuana flowers may contain about 10% to 35% THC, while hemp contains only about 0.3%.”

Extra: Check out what the Mayo Clinic has to say about CBD below:

Let’s look at CBD’s claim to fame through the story of Charlotte Figi, a little girl who suffered a rare disorder called Dravet Syndrome, which caused innumerable seizures daily, confining her to a wheelchair for safety. Her parents were desperate for a solution when all other medications failed them. They sought relief and found it in CBD, which reduced her seizures from three hundred per week, down to two to three per month. This child trailblazed a health movement for natural healing options to be made legal; and with its’ widespread legalization, cannabidiol is now an industry with a global market size value of 9.3 billion annually.

Charlotte’s remarkable improvement spawned a curiosity by the scientific community, the public and fire service alike, to explore the potentials of this non-psychoactive plant medicine. Let’s not forget that many pharmaceuticals’, such as muscle relaxants, anaesthetics, analgesics, antibiotics and other allopathic medicines’ primary active ingredients are phyto- in nature, in other words, plant-derived. In fact, of the top 150 prescription drugs in the United states, at least 118 are based on natural sources. This is according to a report from the Center for Biological Diversity that goes on to mention, “A child suffering from leukemia in 1960 faced a 10 percent chance of remission; by 1997, the likelihood of remission had been increased to 95 percent thanks to two drugs derived from a wild plant native to Madagascar.” No doubt, CBD’s potential for healing is worthy of exploration. If it could be used to help with Charlotte’s seizures, what else could it be useful for? Could it be an alternative to painkillers for injury, or beneficial treatment to other illnesses, and even help to support the end of opioid addiction?

Cannabidiol is currently being studied and tested for its potential to treat various illnesses such as depression, anxiety, auto-immune conditions and even for its immune enhancing effects which may protect against cancer. Interestingly, the human body is designed to use CBD. Did you know humans have cannabinoid receptor sites?  Throughout the vertebrae and brain are receptor sites, part of the natural human endocannabinoid system (ECS). The ECS is described by the Institute of Biochemistry and Molecular Medicine, University of Bern, Switzerland as a, “rather complex lipid signaling network in which different proteins play distinct roles in numerous physiological and pathophysiological processes’ ‘. Certain plant foods serve as agonists and antagonists to this system. For example, compounds in cacao (pure chocolate) increase endocannabinoid tone, and, “show anti-inflammatory effects as anandamide,” which can be considered to function as a bliss molecule that helps us feel good. This system is responsible for keeping things in balance, or homeostasis in functions like mood, pain sensation, metabolism, and memory. Your body in fact naturally produces its own cannabinoids, known as endocannabinoids. The other cannabinoids, found in plants we eat, are known as Phyto cannabinoids. Phyto cannabinoids are not only found in hemp, but also they have been discovered in clove, black pepper, echinacea, broccoli, ginseng, and carrots.

While there are continued concerns over purity, quality, regulation and how CBD may interact with prescribed medications, there is a growing body of  evidence to help end the judgement over this potentially powerhouse of a therapeutic plant. The call to action is to de-stigmatize the use of CBD for firefighters. It should be a reasonable, safe option for those looking for back or joint pain relief as an alternative to over the counter or prescription meds. While I don’t recommend CBD for quality sleep, that’s for a different conversation, it is certainly effective as an anti-inflammatory and anti-anxiety option, when used with infrequency. If pain or anxiety is impacting your quality of life, or preventing sleep, then figure out with your primary doctor if it is something you can use from time to time. If your department allows it, there are applications that I think are appropriate, safe and permissible to use….off shift and on shift. Have an injury and want to limit prescription painkillers or over the counters? CBD is an excellent option. You can use it as a tincture, where it’s usually mixed into an oil base such as coconut oil. It can also be used through transdermal absorption, and if you have sore muscles you can massage your muscles with CBD cream or soak in a CBD salt bath. You can mix the hemp oil in your protein shake post workout. There are a variety of options for use. It’s time to accept the legalization of this plant medicine, and use CBD as a natural painkiller, after all it is the safer option.

Jacqueline Toomey co-created the First Responder Sleep Recovery Program with her firefighter husband, Sean Toomey. She received her B.A. from Regis University, completed masters-level coursework in education at Metro State University, and trained in Nutrition Therapy. As a three-time Yoga Alliance certified instructor, Jacqueline integrates various modalities for mind-body healing in an accessible and effective way for first responders. The Toomeys are honored to teach at departments, conferences, and locals across the United States and Canada.

Photo by CRYSTALWEED cannabis on Unsplash